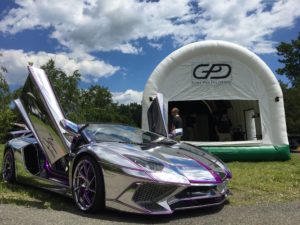 See the full article at https://www.golfdigest.com/story/golf-tournament-predictor

As such it is an event where far more players have a shot at the big prize. However, the Model does have one strong contender – Dustin Johnson. Not surprisingly, the Model ranks him far above everyone else, twice the winning probability of the next highest pro. Not that there aren’t good players behind him, it’s just that he stands out in this field. His short game has tightened which could be the reason it picks a long hitter on a tight course. Everyone knows he’s a great driver (he is first in Strokes Gained Off the Tee) but he is also first in Overall S-G. His short game rankings are good as well (14th in both Around the Green and Putting), which combined with his tee to green game is a strong combination.

After Dustin there are several excellent players who have played well recently. Kuchar and Casey should be right there on Sunday. Zach Johnson knows how to get around a tight course about as well and anyone and his shortness off the tee might not be such a issue here. Cantley, Cook, and Dufner have all had moments of special play this year and have games fit for this course.

After them the Model picks Na, Leishman  and Moore.  Leishman has something to prove after a great three days at the Masters followed by a weak finish.

Just outside the Model’s ten are two players who just might do well, Smith and Grace, after impressive showings at the Masters.